Moscow DEVGamm 2015 Show is a great event in the gaming industry, which draws publishers, developers, players, and becomes a platform for productive meetings and showcases.

We were proud to announce here our new game — The Uncertain, which received many positive reviews. Thank you for visiting us! Tomorrow we’ll be there at the same place – S14, coffee-lunch zone. #DEVGamm #gamedev, Day First. 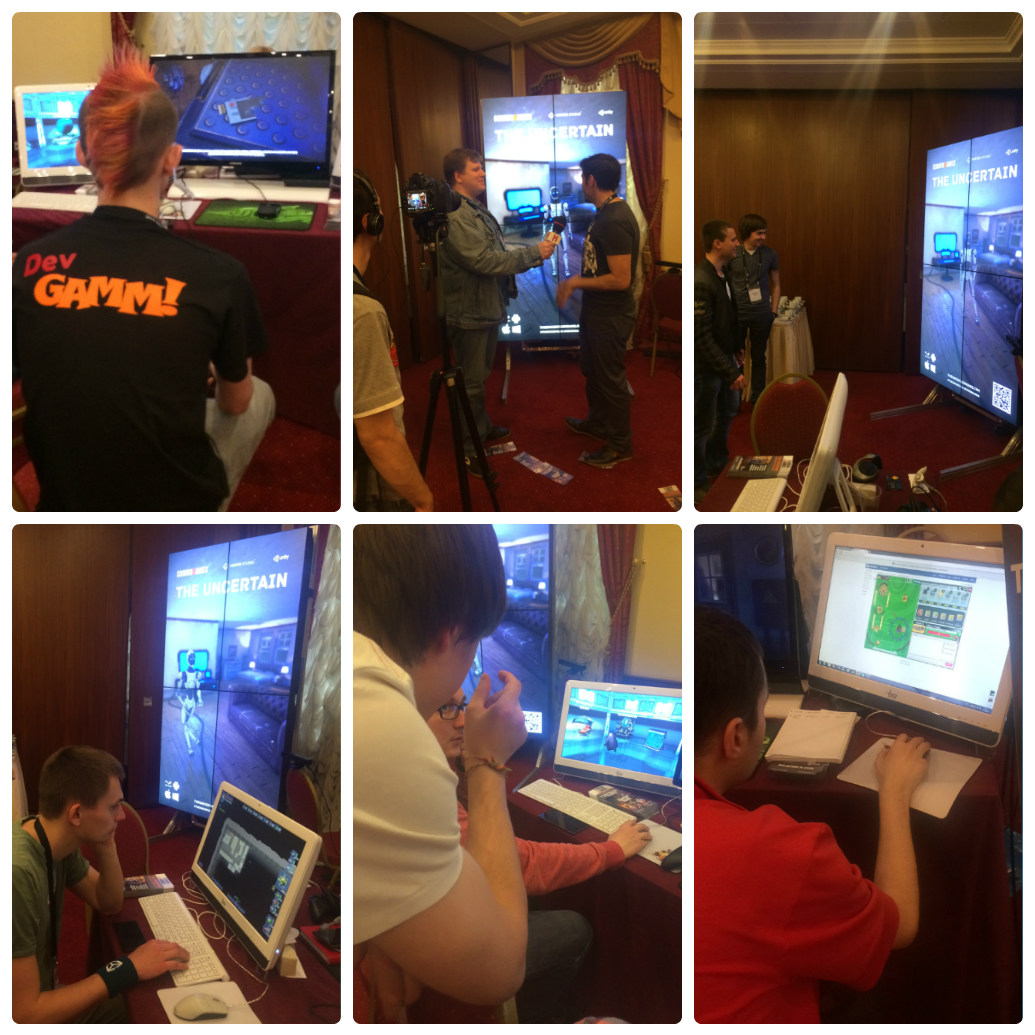 ComonGames corner was one of the biggest at the exhibition. Many guests said that it was awesome, and we’d like to thank you for that feedback. We brought a big video wall, made from several LCD screens put together; altogether we’ve got 4 Full HD panels 46 inches each. Our guests had a chance to play for the main character of The Uncertain using a Kinect system, so that everybody who played for the robot could also do some physical exercise.

We presented three games this time. Footchinko (which was released on major social networks in Russia, and we are very proud of that) is a very nice relaxing arcade game. In fact, we hope to release it on IOS and Android soon. The second was our giant Bomberlands, which we have been developing since September 2014. It should be a very interesting arcade-rpg game with awesome graphics and old school physics. We need to finish some significant things in the next two months, and then we’ll present the game on the Steam platform. And finally, The Uncertain! This post-apocalyptic game became a true sensation of DEVGamm: lots of visitors gave positive feedback after trying our demo. On the 2nd day, we even had to make extra room for the players, who wanted to join and try The Uncertain. We would like to thank MSI for providing us with a perfect PC system!

Now we are preparing for the E3 conference, which will be held on June 16-18… how soon! So folks, follow the news!